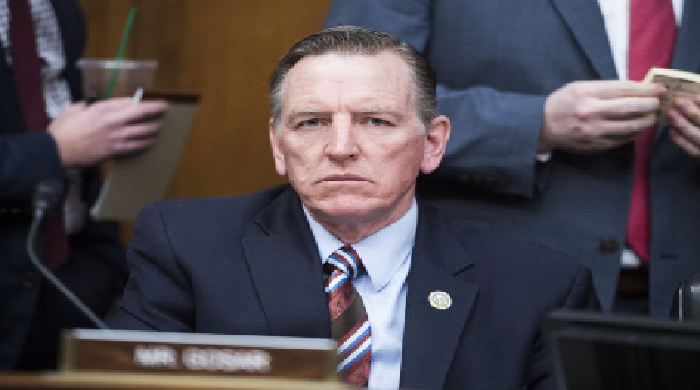 Describing Article 370 which gave special status to Jammu and Kashmir as an "outdated provision" of the Indian Constitution, a Republican lawmaker has applauded the actions of the Indian government and the Parliament in ensuring "stability" in Kashmir.

In his recent remarks in the US House of Representatives, Congressman Paul A Gosar from Arizona commended the Trump administration''s continued work with Prime Minister Narendra Modi to “ensure peace” within the region.

“Prime Minister Modi has made it clear that this change was necessary to facilitate peace and economic prosperity. I applaud Prime Minister Modi and the Parliament for their leadership on ensuring the stability of Jammu and Kashmir,” Gosar said, welcoming the abrogation of provisions of Article 370 and bifurcation of the state into two union territories -- Ladakh and Jammu and Kashmir -- on August 5.

The two union territories came into existence on October 31 this year.

“Just recently, the Indian Parliament passed legislation that changed the status of Jammu and Kashmir by modifying provisions that impeded economic development and affording the people of Jammu-Kashmir the same rights as the people of India,” he said, expressing his views on the current situation in Jammu and Kashmir within the greater context of the Indo-Pakistani conflict.

“Article 370, an outdated provision of the law that governed Jammu-Kashmir, is no more. Article 370 and the polarised political environment that it created resulted in the loss of thousands of innocent lives within the region,” he said.

“Pakistan-based terrorist organisations such as Lashkar-e-Taiba have conducted terrorist attacks that have disrupted the society and economy of Jammu-Kashmir. They have attacked innocent women and children, and agricultural workers,” Gosar said.