Stop intervening in internal affairs of other countries 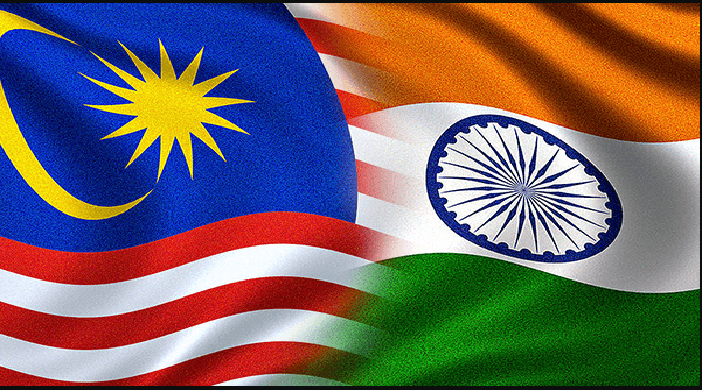 To discredit India for the Kashmir issue, the NRC and the CAA tantamounts to intervention

Politicians must remember that the welfare of Malaysians and the country’s economy are more important than intervening in the internal affairs of other countries. This policy has to be written in our book of diplomacy and adhered to by all politicians.

Malaysia should adopt a non-intervention policy when it comes to the domestic affairs of other countries. Intervention in issues confronting other countries will only open the door for them to intervene in ours. They are bound to retaliate in many hostile ways.

In the context of Asean, Malaysia has bilateral relations with Myanmar and this benefits both countries economically. The plight of the Rohingya is no doubt Malaysia’s concern, as many of these people are holed up in the country as refugees. Thousands are seeking refuge in Bangladesh and India.

But this does not mean that Malaysia must boycott or punish Myanmar for its treatment of the Rohingya. The Rohingya refugee problem has no doubt become a bane to many other countries and Myanmar has to be diplomatically engaged in resolving the problem.

It would be wise to mediate with the parties involved, persuading Myanmar to take back the thousands of refugees who have left the country. On humanitarian grounds, help build hospitals, schools and bring other forms of aid to Rakhine state. Beyond this, it is Myanmar’s responsibility.

Seeking to punish Myanmar and intervening in its internal problems is a very short-thinking solution as this will only lead to the disunity among Asean countries.

Both China and India are among Malaysia’s biggest trading partners. They are among the biggest importers of the country’s palm oil. As for China, they have invested a lot in the country. Malaysia cannot afford to make enemies of these two countries.

Regarding Xinjiang, it’s imprudent for Malaysia to intervene in the Uighur Muslim issue. Many Muslim countries are keeping silent on this issue.

Perceived or real, some have claimed that the Uighur Muslims have been victims of discrimination while China claims that they are undergoing a rehabilitation programme.

Even if the plight of the Uighur Muslims is real, it’s only legitimate for Malaysia to take a non-interventionist approach to resolve this issue.

China has remained Malaysia’s largest trading partner for 10 consecutive years, with trade growing 8.1% to RM313.8 billion last year. This, according to the international trade and industries ministry (Miti), constituted 16.7% of Malaysia’s total trade.

So, to offend China is to upset the existing bilateral relations and in turn affect Malaysia economically.

Perhaps Malaysia can just give the Chinese advice and offer humanitarian aid to the Uighur Muslims if there is a necessity to do so; but it all depends on the Chinese government to accept it or not.

Regretfully, some zealots have gone into a frenzy, taking the Uighur issue to the streets and the social media just to gain political mileage or public attention and, at the same time, attempting to indirectly slight the local Chinese ethnic minority. The Chinese citizens of Malaysia have no connection to the Uighur Muslims or China, though.

The repeal of Article 370 and 35A of India’s Constitution to revoke the special status of the Kashmir region, the Citizenship Amendment Act 2019 (CAA), National Population Register (NPR) and National Register of Citizens (NRC) are India’s internal issues which have been a point of contention in that country of late.

The “integrity and territorial unity” of India is India’s problem and urging Pakistan and India to resolve the issue over Kashmir in a peaceful manner and to diplomatically urge them to ease tension is a wiser stance on Malaysia’s part, instead of taking sides.

It’s up to both these countries to come up with a bilateral negotiation process and for other countries to support their mutual decision, whatever it is.

Geopolitically, Jammu-Kashmir is part of India’s territory. The entire region of Kashmir itself is actually divided into four pieces, all of them controlled by India, Pakistan and China respectively.

But since both India and Pakistan are still in high tension over India-controlled Kashmir, the latest issue on the CAA and NRC, which is much misunderstood, has to a certain extent been exploited by some religious and political factions within India for their political mileage and Malaysia should not have touched on these issues.

This is India’s internal affair so just let them resolve the issue within their country. It should not be our concern.

Malaysia’s current healthy export momentum to India may be significantly stifled if there are restrictions against the import of palm oil by that country. This is because palm oil is the biggest contributor to the overall rise in import demand by India from Malaysia.

Malaysia’s palm oil-related sector is also particularly vulnerable to trade measures by India, given the importance of the latter as an export destination. Malaysia will lose if the Indian government considers imposing trade curbs on Malaysia’s palm oil.

It would be sensible for Malaysia to take the cue from our neighbouring countries. The governments of Indonesia and Singapore, for instance, have a policy of non-intervention in the internal issues of other countries. It’s the same with other Asean countries.

They don’t meddle in other countries’ affairs as they believe this is the international standard way of diplomacy. This has helped these countries receive foreign investments to boost their economy.

Indonesia, the largest Muslim-majority country, and other Asean countries have written this in their book of diplomacy. Malaysia should follow suit.

In short, a non-intervention policy will mean having good relations with our trading partners and neighbouring countries. When we do not intervene in other countries’ affairs, those countries will not interfere in ours. Being a small country, making enemies with other countries does not bode well for our economy.