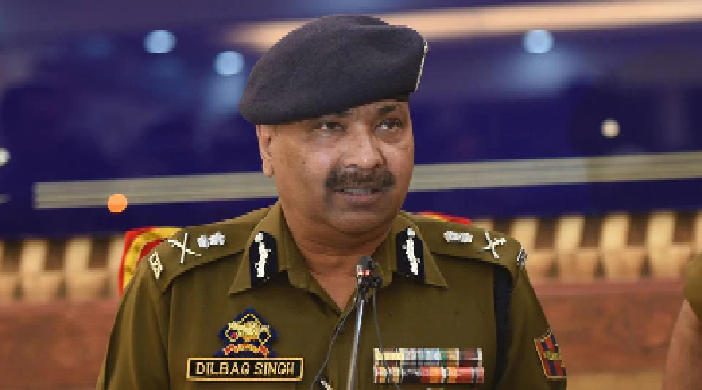 There was a 30% dip in terror-related incidents in Jammu and Kashmir in 2019 and a decrease in the number of infiltrations into the Valley as compared to last year, the region’s police chief Dilbag Singh said on Tuesday.

“In 2018, 143 militants managed to infiltrate, while in 2019, the number also declined and it came down to 130 militants,” Dilbag Singh said while speaking to reporters.

“Also, there has been a decline in the locals joining the different terror outfits, as from 218 in 2018, the number came down to only 139 joining the militant ranks. And out of 139, only 83 militants are active, while 39 have neutralised while rest of them were either arrested or have surrendered,” he added.

Singh said 250 terrorists are currently active in Jammu and Kashmir and that Pakistan intensified cross-border firing to push in as many of them in 2019.

“In 2018, the active militants (in Jammu and Kashmir) figure had crossed over 300, while in 2019 their (militants) number came down to 250. Out of which 100 are foreign, while rest are locals. The figure usually does not remain static and goes up and down,” he said.

Police along with other security forces were successful in 80 operations during which 160 terrorists were killed this year, he said.

“No loss of life was reported during all those operations and there was zero collateral damage. Also, we did not face any law and order situation during those operations,” the DGP said.

“There was a decline in the civilian killings and also security forces suffered fewer injuries in 2019. And there has been a 36% decline in law and order incidents in Jammu and Kashmir,” he added.

The top police official said it was a huge challenge to deal with the situation after Article 370, which provided the special status to Jammu and Kashmir, was scrapped by the Centre in August.

“There were apprehensions that the situation may become worse than post-Burhan Wani scenario. However, the violence was only 8% as compared to 2016. With the effective preparedness of Jammu and Kashmir police at every level and support from other security agencies, we were able to deal with the situation very efficiently,” he said.

He was referring to the violence which broke out on the streets of the Kashmir Valley after security forces killed Hizbul Mujahideen’s operative Burhan Wani on July 8, 2016.

The DGP also said there has been a spurt in the ceasefire violations by Pakistan this year.

“This year, there were 551 ceasefire violations by Pakistan along the borders in both Jammu as well the Kashmir Valley. The main aim behind such frequent violations is to push as many militants as possible. Many infiltration attempts were thwarted by the security forces in 2019,” he said.