Jammu & Kashmir to become hub of adventure sports and tourism 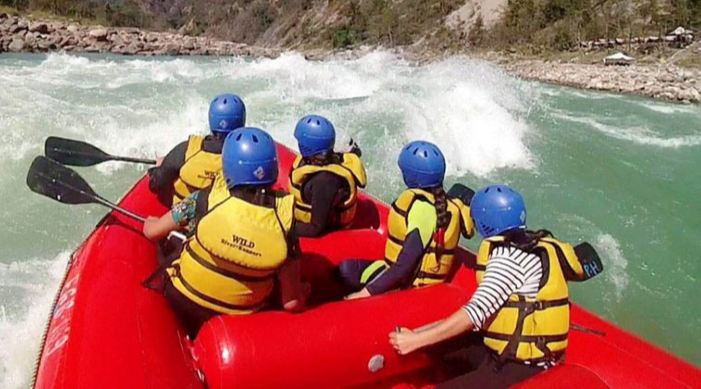 It will ensure that Jammu and Kashmir emerges as one of the most sought-after destinations in this category, Advisor to the Lt Governor said

Efforts are underway to promote adventure sports and tourism in a big way to make Jammu and Kashmir one of the most sought-after destinations globally, K K Sharma, advisor to the Jammu and Kashmir Lt Governor, said on Wednesday. He said the Union Territory is replete with topographical and geographical features that are necessary for promoting adventure sports, tourism and the requisite mechanism has been put in place for roping in major international players. “It will ensure that Jammu and Kashmir emerges as one of the most sought-after destinations in this category, which would in turn give the tourism industry a much needed boost and fillip,” the advisor said addressing a function organised by the Indian Institute of Skiing and Mountaineering at the famous ski resort of Gulmarg in north Kashmir.

Enumerating the measures being taken for promotion of tourism in the Union Territory, the advisor said several promotional activities and fairs have been done recently in different parts of the country for ensuring that the tourist flow to this part of India increases. “This will in turn contribute to the economy besides generating employment opportunities to the locals and skilled youths,” he said.

The advisor complimented the institute for organising skiing events and said these serve the purpose of acquainting the people from other states with those of Union Territory in addition to giving training to youths from across the country. Sharma later distributed certificates among the youth from different parts of the country who had participated in a 14-day learning-cum-training programme organised by the Indian Institute of Skiing and Mountaineering.