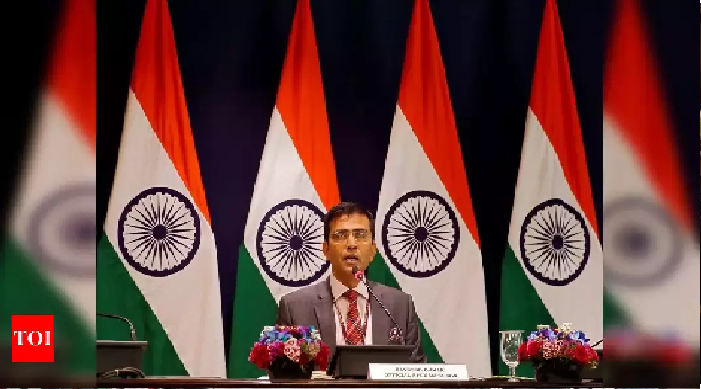 MEA spokesperson Raveesh Kumar termed the media reports to be entirely speculative. “At this stage, we are not aware of any such meeting of OIC on any India-related matter,” he said

The ministry of external affairs on Thursday said it has no information that the Organisation of Islamic Cooperation was organising any India-focussed meeting and dubbed reports that such a conference was likely to be held on Kashmir as “entirely speculative”.

The assertion came after media reports claimed that Saudi Arabia has conveyed to Pakistan through its Foreign Minister Prince Faisal bin Farhan that it was planning to convene a meeting on the Kashmir issue.

Pakistan foreign minister Shah Mahmood Qureshi on Sunday had said that Islamabad wanted an early meeting of the foreign ministers of the Organisation of Islamic Cooperation be convened to discuss the human rights situation in Kashmir.

Dismissing the media reports on any likely OIC meeting on Kashmir, ministry of external affairs spokesperson Raveesh Kumar said, “The reports are entirely speculative... At this stage, we are not aware of any such meeting of OIC on any India-related matter...If you see Pakistan’s statement, it has said that it is envisaged. They are using words like envisaged, planned etc. I don’t think there has been any statement by Pakistan that this is happening,” Kumar said at a briefing.