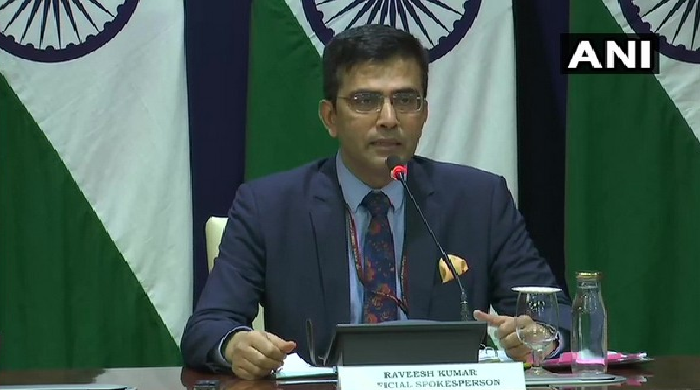 The objective of the visit was to let the envoys see first hand the efforts which have been made by government to normalise the situation, MEA said

A group of 15 foreign envoys visited Jammu and Kashmir on Thursday to see first-hand the efforts made by the Indian government to "normalise situation" after scrapping of Article 370 in the region in August last year.
"The visit of 15 foreign envoys to Jammu and Kashmir is being facilitated by the Government of India. Envoys were from US, South Korea, Vietnam, Bangladesh, Maldives, Morocco, Fiji, Norway, Philippines,
Argentina, Peru, Niger, Nigeria, Togo and Guyana," Ministry of External Affairs spokesperson Raveesh Kumar said in a weekly briefing.
"Their first meeting was with security officials to get a sense of security situation in J&K, and also threat posed by terrorism in maintaining peace. The objective of the visit was to let the envoys see first hand the efforts which have been made by governments to normalise the situation," he added.
Ahead of announcing the decision to abolish Article 370 from the Union Territory, the central government had deployed additional military troops in order to curtail any possibility of untoward incident.
The government had also temporarily suspended mobile internet in Jammu in view of the security situation in the region which later resumed.

On Friday, the envoys who are here on a two-day visit will have a few meetings in Jammu before returning to Delhi. "The visit was organised based on request which we have received in the past from several envoys who wanted to visit J&K," the spokesperson said.
This is the first visit by diplomats to Jammu and Kashmir since the revocation of the special status of Jammu and Kashmir last year that split the state into two union territories.last year a delegation comprising members of the European Parliament had visited the Valley after the abrogation of Article 370.