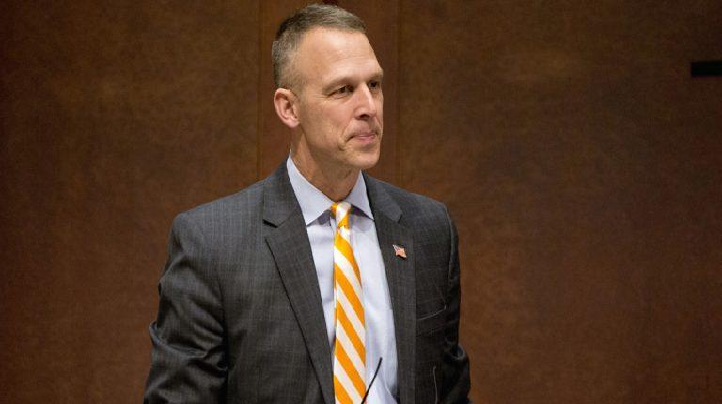 US Congressman Scott Perry on Friday voiced strong support for the Indian government's move to revoke Article 370 of the Constitution, saying that the move has allowed the government to address the stagnant economy and high youth unemployment plaguing the Jammu and Kashmir region by providing economic opportunity and sound governance.

Perry joined five other US congressmen, namely Republicans Joe Wilson, Pete Olson, Paul Gosar, George Holding, and Francis Rooney, who in the past have voiced their support for the move.

In his statement at the US House of Representatives, Perry said that he stands with India in its aspiration to provide equal economic, social, and political opportunities to all citizens.

"As part of this pursuit, two-thirds of the Indian Parliament voted last year to change the status of Jammu and Kashmir. This vote allowed the Government of India to address the stagnant economy and high youth unemployment plaguing the region by providing economic opportunity and sound governance," Perry said.

The Congressman said that the people of Jammu and Kashmir have battled economic depression and forces of extremism and radicalisation for a long time and that the regional stability provided by the government with the move will give these people "a better way forward and hope for the future."

Perry is a fourth-term Republican Congressman from Pennsylvania who serves on two important House Committees - Foreign Affairs and Transportation and Infrastructure. By virtue of being part of the Foreign Affairs sub-Committee on Asia and the Pacific, he is a close observer of dynamics in the region and the instability wreaked by state-sponsored terrorism.

On March 27, last year, he had introduced House Resolution 261 to condemn the Pulwama terrorist attack and stated, "Pakistan has a long history of harbouring terrorists and terrorist sympathizers, despite continued American efforts to root out bad actors in the region. Actively choosing lax enforcement has cost innocent lives and emboldens radicals to perpetuate similar attacks. Enough is enough; now's the time to hold the Pakistani government accountable."

Several Republicans in the past have voiced their support on the government's move on Kashmir, including Joe Wilson, a tenth-term congressman from South Carolina. Other Congressmen include Pete Olson, who, in November, last year, said that the move "creates equality for all citizens".

Paul Gosar, a fifth-term Congressman from Arizona, in a strong statement submitted for the House record on 23 December 2019, had said that the Prime Minister Narendra Modi " has made it clear that this change was necessary to facilitate peace and economic prosperity. I applaud Prime Minister Modi and the Parliament for their leadership on ensuring the stability of Jammu-Kashmir. Madam Speaker, I would also like to commend the Trump Administration's continued work with Prime Minister Modi to ensure peace within the region."

Congressman George Holding, a Republican from North Carolina, was the first to issue a statement in support of the move on 31 October 2019.

"Article 370 might have worked well for those with political connections, but it denied economic opportunities for the people. It also created a polarizing environment that was exploited politically." He said further, "The Modi Government had to make a decision on whether to continue with the old policy or to pursue progress by changing the region's legal status," Holding had said.

In his statement on "recognizing the critical US-India relationship", Congressman Francis Rooney, had noted that "India faces many regional and geopolitical threats. Islamic insurgents are a constant threat, spreading terror throughout Jammu and Kashmir and elsewhere in India. We should support the government in Delhi in the continued fight against terror.