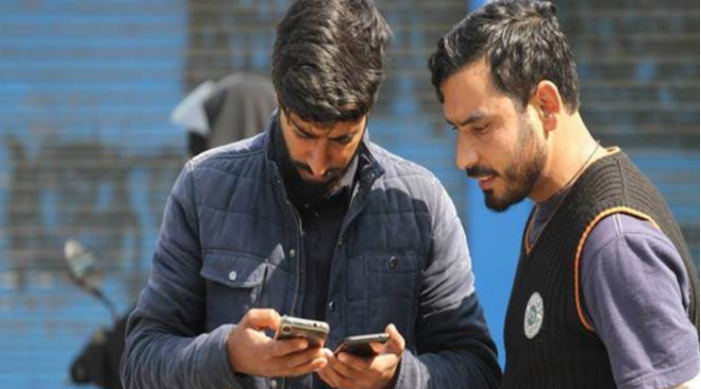 The UT administration, through an order, restored mobile internet in parts of Jammu region and broadband in hotels, travel establishments and hospitals from January 15

After more than five months of internet shutdown, the UT administration Tuesday evening restored mobile internet in parts of Jammu region and broadband in hotels, travel establishments and hospitals with effect from January 15.

The home department said in a three-page order that 2G mobile connectivity on post-paid mobiles for accessing white-listed websites including e-banking will be restored in five districts including Jammu, Sambua, Kathua, Udhampur and Reasi districts in Jammu region.

“2G mobile connectivity on postpaid mobiles for assessing white-listed sites, including for e-banking, shall be allowed, to begin within the districts of Jammu, Samba, Kathua, Udhampur and Reasi,” the order issued by UT’s Principal Secretary Home, Shaleen Kabra stated. This will remain in force for a period of seven days with effect from January 15, unless modified earlier, it added.

Mobile internet connectivity in other districts of the Union Territory shall, however, remain suspended till further directions, pursuant upon a review of adverse impact, if any, of this relaxation on the security situation, the order stated.

“While internet through fixed-line broadband facility exists in Jammu Division, in the Kashmir Division, to facilitate the general public, students, etc., 844 e-terminals have been established besides 69 special counters for tourists, in addition to separate terminals for filing of GST returns, application forms for various examinations. Also, a number of government departments including those related to essential services and government hospitals in the Valley were also provided access to internet services,” the order read.

The order comes after the Supreme Court’s observations on the Jammu Kashmir administration for snapping internet services, which it said was a fundamental right of the people and directed the Union Territory to review the decision on suspension of the internet services.

The order also said that 400 additional internet kiosks will be established in the Kashmir division.
Internet service providers will offer broadband facilities to institutions dealing with essential services, hospitals, banks, and government offices.

Short Messaging Services (SMS) have already been restored in the Valley on January 1, 2020. Broadband Internet connectivity in all government hospitals was also restored.