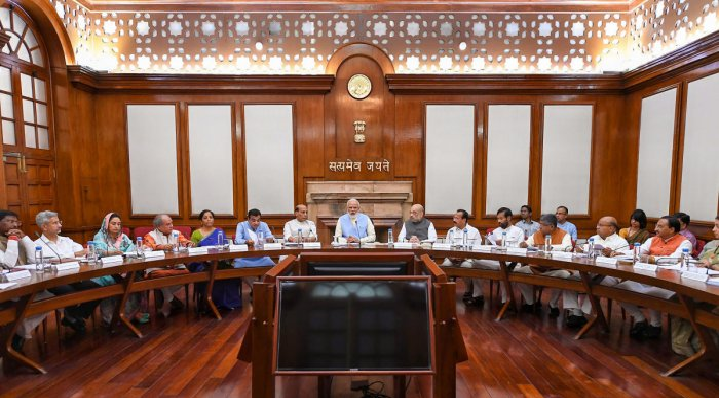 A massive confidence building exercise is being launched by the government in Jammu and Kashmir post nullification of Article 370 as a large number of Union ministers have been tasked to reach out to people of the newly-formed Union territory and tell them how the recent legislation will be beneficial for the region.
Starting from January 18, as many as 36 Union ministers will go to 52 places in J&K. Ministers will reach out to people across the UT up to panchayat level and share with them how the Centre has planned to expedite the development process in the region, which was being affected due to some provisions of Article 370. This will be the first high level “mass” outreach after provisions of Article 370 were scrapped on August 5, 2019. The ministers are expected to speak on development initiatives that the Centre plans to undertake in the newly-bifurcated UTs of J&K and Ladakh.The public contact is also intended to signal to people that they are being accorded priority and the government is serious about accelerating development work. The presence of ministers will also express confidence in the abilities of the UT administration and India’s claim over its sovereign territory.
Law minister Ravi Shankar Prasad, railway minister Piyush Goyal, textiles minister Smriti Irani and several other senior ministers are set to visit the UT. Ramesh Pokhriyal, Jitendra Singh, Kiren Rijiju, Hardeep Singh Puri, Anurag Thakur and Sadhvi Niranjan Jyoti are other ministers in the list of those likely to travel through Srinagar, Jammu and other regions.Visit of the Union ministers, close on the heels of the recent visit of foreign diplomats and MPs from the European Union, is also a bid to showcase that the situation in the Valley is normalising and people have started accepting the legislative changes through which Article 370 was abrogated.
Courtesy: Times of India