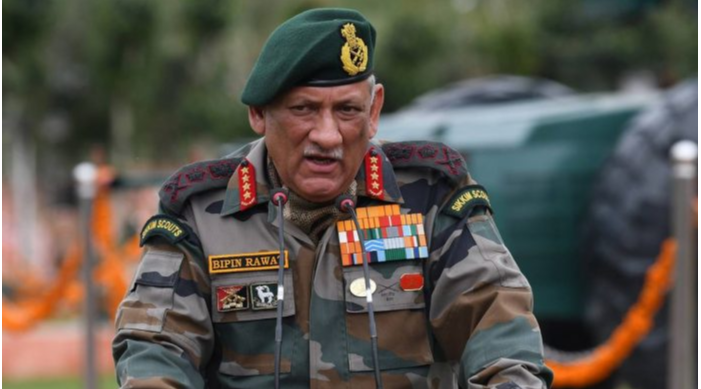 Listing diplomatic isolation of Pakistan and keeping it under pressure of blacklisting by FATF as measures to tackle Pak-based terror, Chief of Defence Staff Bipin Rawat on Thursday called for strong and concerted global action against states sponsoring terrorism. In an address at the Raisina Dialogue, Gen Rawat said there is a need to take a hard-line approach in dealing with terrorism, the way the US went after terror groups after the 9/11 terror attacks.

“As long as there are states which sponsor terrorism, we will have to live with the menace. We need to take the bull by its horns. We have to bring an end to terrorism and that can only happen the way Americans started after 9/11,” he said. Gen Rawat suggested that India should start counter-radicalization programs by targeting the “right” persons. “We have to address the ideology of radicalisation,” he further said.