Jammu and Kashmir is a 'Crown of India': Ashwani Choubey 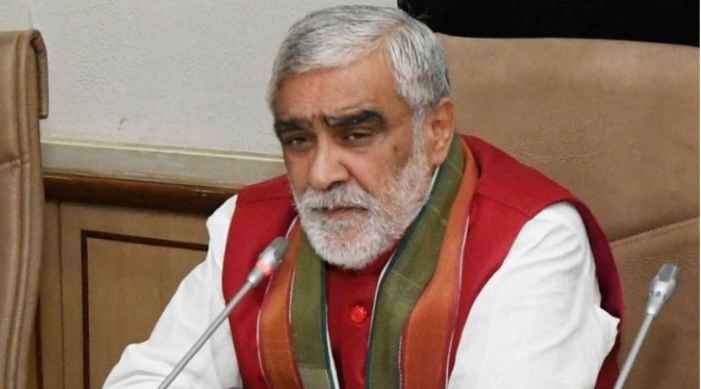 As part of the Centre's outreach programme after the abrogation of Article 370, Union Minister Ashwini Choubey said that the Centre is working hard to bring development in the region

As a part of the first batch of Union Cabinet Ministers arrived here under the Centre's outreach programme after the abrogation of Article 370, Union Minister Ashwini Choubey on Saturday said that Jammu and Kashmir is a crown of India and the Centre is working hard to bring development in the region.

The Minister for State Health and Family welfare attended a felicitation ceremony of Ayushman Bharat Prime Minister Jan Arogya Yojna at Jammu club. Emphasising on scrapping of Article 370 and 35 A in Jammu and Kashmir, he said, "If Article 370 and 35 A would have not been abrogated, it was not possible to bring industries in the Valley. We have talked to industrialists and they have shown interest to set up industries here."

The Prime Minister has sent us to understand the desire of people of Jammu and Kashmir. "I am here to listen to you what are your problems and how can we solve them. I will talk to people here and submit my report to the Prime Minister," he added. As part of the first phase of the Centre's special public outreach programme, Union Ministers, including Minister of State (MoS) in the Prime Minister's Office Jitendra Singh; MoS for Parliamentary Affairs and Water Resources Arjun Ram Meghwal and MoS for Health Ashwini Choubey visited Jammu on Saturday.

Under the programme, the delegation will interact with the people during the visit to different districts and educate the people under various themes including rapid development after the President's Rule from June 2018 and now after the re-organisation of J-K in August. Under the public outreach programme, the Union Ministers will visit different districts with the objective of disseminating information about the importance of the Centre's policies for the overall development of the Union Territory and its people along with the steps taken by the government particularly in the past five months after the abrogation of Article 370 provisions and bifurcation of erstwhile state.