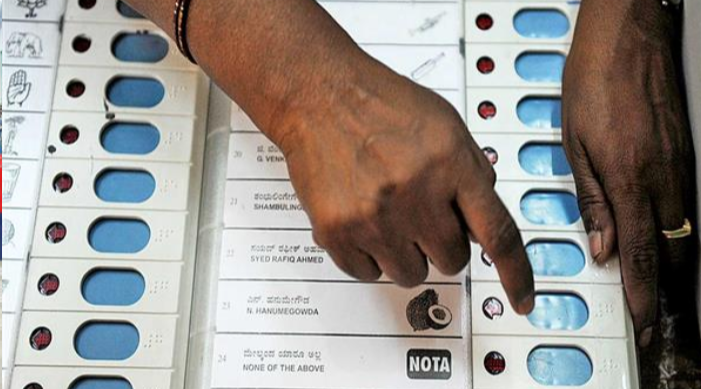 According to officials, the elections to the nearly 13,000 vacant posts of panch and sarpanch in gram panchayats in Jammu and Kashmir is likely to be held next month

Jammu and Kashmir Chief Electoral Officer (CEO) Shailendra Kumar today called on Lt Governor G C Murmu here and informed him about the preparations for the elections to vacant seats of panchayats and block development councils (BDCs) in the Union Territory, a Raj Bhavan spokesman said.

According to officials, the elections to the nearly 13,000 vacant posts of panch and sarpanch in gram panchayats in Jammu and Kashmir is likely to be held next month and a notification is this regard is expected to be issued on January 25.

Kumar briefed the Lt governor about the various activities undertaken by the Election Commission in Jammu and Kashmir for generating awareness of the electoral process and sensitising the voters especially newly eligible young voters towards their voting rights, the spokesman said.

The CEO also briefed Murmu about the arrangements being made for the celebrations of the upcoming National Voters' Day, he said.

The Lt governor asked Kumar to lay special focus on increasing the enrolment of eligible voters and stressed on the importance of educating the voters about the value of the electoral process to strengthen the roots of the democratic setup, the spokesman said.

A Home Ministry official last week had said the entire election process is expected to be over by February end.

The posts were lying vacant since November 2018 when the elections to the local bodies were held. Out of Kashmir's 20,093 panch and sarpanch seats, more than 12,500 seats have remained vacant since then.

The 2018 polls to the local bodies had witnessed poor participation with two major regional political parties -- the National Conference and the Peoples Democratic Party -- boycotting it.