North-East development model to be applied for J&K 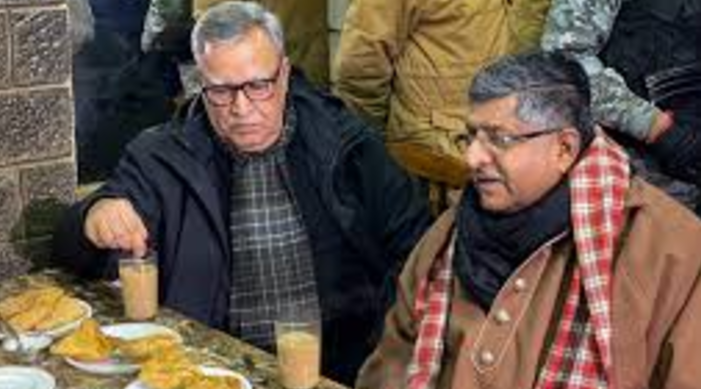 The ministers interacted with various delegations in Srinagar, Ganderbal and Baramullah districts of central and northern Kashmir

Continuing its efforts to reach out to the people of Jammu and Kashmir, Union ministers who are visiting the region, reiterated that Jammu and Kashmir is an integral part of India and it would be developed on the lines of what the Centre had done in the northeast in the past five years.

The ministers interacted with various delegations in Srinagar, Ganderbal and Baramullah districts of central and northern Kashmir. Union minister of state for defence, Shripad Naik, addressed a gathering at SK International Convention Center on the banks of the Dal Lake and met around 16 delegations. “We don’t believe in discrimination on the basis of caste, colour or religion. Narendra Modi government’s focus is on the development of Kashmir, like this government did in the northeast in the past five years,” Naik told reporters.

In Ganderbal district, Union minister of state for home G Kishan Reddy, who is on a two-day visit to the district, said the government is focusing on industrialisation in Kashmir and said corruption was the biggest hurdle to the region’s development. The setting up of an Anti-Corruption Bureau will ensure that Central funds reach the last man in the line. “Kashmir has been bestowed with many natural resources but lacks avenues to exploit it-…Modi government is working on the module of speedy development.” he said.