Terrorist incidents in J&K down by over 50% after Article 370 abrogation, says government 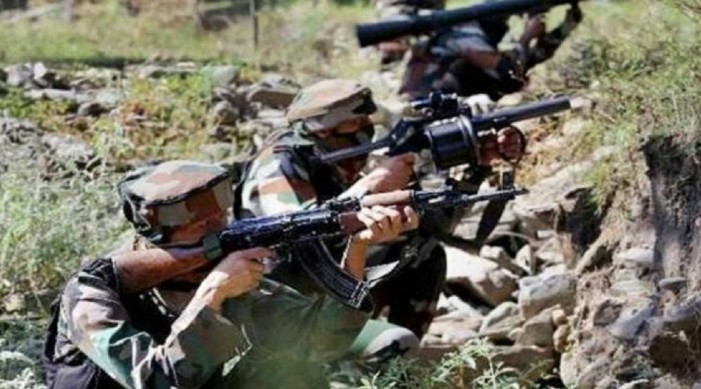 Following the abrogation of Article 370, the number of terrorist incidents in Jammu and Kashmir have reduced significantly, Union Minister of State for Home Affairs G Kishan Reddy said in a written reply to a question in the Lok Sabha on Tuesday.

He was providing details of the number of incidents and the terrorists killed in Jammu and Kashmir in the years 2019, 2020 and 2021.

According to the statistics provided by the Union Minister, the number of terrorists killed increased from 157 in 2019 to 221 in 2021.

Up to February 2021, 15 incidents took place while 8 terrorists were killed, an official statement about the reply added.

The statistics further revealed that the number of civilians killed in terrorist strikes was five and six in 2019 and 2020 respectively, while the security force personnel who died in the corresponding period were 27 and 33.

In 2021 (up to February), there were no deaths of civilians on account of terrorist strikes while one security force personnel was killed.

In the rest of country, there was only one incident of terrorist incident reported in Punjab.

There were no terrorist incidents in the rest of the country in 2019 and 2020.

If one excludes the Union Territory of Jammu and Kashmir, only one terrorist incident (in Delhi) has taken place in the rest of the country till February this year, according to data provided in the reply.

Reddy pointed out that the Government had adopted a policy of zero tolerance towards terrorism and had taken various measures, such as strengthening of security apparatus, strict enforcement of law against anti-national elements, intensified cordon and search operations to effectively deal with the challenges posed by the terrorist organizations.

"Security Forces also keep a close watch on persons who attempt to provide support to terrorists and initiate action against them,” he added.

On February 5, Reddy had said that there had been a 73 percent drop in the number of security force personnel killed in Jammu and Kashmir since abrogation of Article 370 on August 5, 2019.

Prime Minister Narendra Modi had told Lok Sabha in February that the abrogation of Article 370 had led to the complete integration of Jammu & Kashmir with the rest of the country.