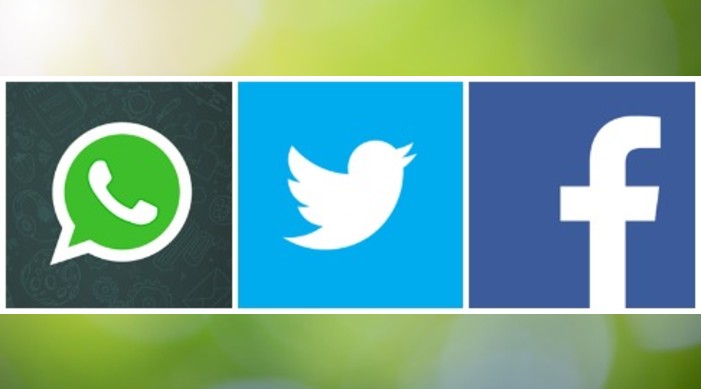 The Wall Street Journal, in an article published on March 8, maintains that India’s government has threatened to jail employees of Facebook, WhatsApp and Twitter in response to their reluctance to comply with data and take-down requests from the government related to protests by Indian farmers that have made international headlines.

The ground reality - and this is something that a publication of international repute like the WSJ should no doubt be aware of - is clear.

Under the garb of freedom of speech, no individual or entity can indulge in activity which is harmful to the interest of peace, stability, social harmony and unity and integrity of a country.

Article 19 of the Indian Constitution clearly states that “all citizens shall have the right to freedom of speech and expression.”

However, this right is not absolute and is subject to reasonable restrictions in the interest of the sovereignty and integrity of India, the security of the State, friendly relations with foreign States, public order, decency or morality or in relation to contempt of court, defamation or incitement to an offence.

Then, Section 124A of the Indian Penal Code states that, “Whoever by words, either spoken or written, or by signs, or by visible representation, or otherwise, brings or attempts to bring into hatred or contempt, or excites or attempts to excite disaffection towards, the Government established by law in India, shall be punished with [various combinations of terms of imprisonment and/or fines].”

Under Section 153A of the IPC, promoting enmity between different groups on ground of religion, race, place of birth, residence, language, etc., and doing acts prejudicial to maintenance of harmony are punishable with imprisonment and/or fines.

Section 295A of the IPC states that “Whoever, with deliberate and malicious intention of outraging the religious feelings of any class of citizens of India, by words, either spoken or written, or by signs or by visible representations or otherwise, insults or attempts to insult the religion or the religious beliefs of that class, shall be punished [with a fine and/or imprisonment].”

Besides, under Rule 3(4) of the Information Technology (Intermediaries Guidelines) 2011, if an intermediary (like Facebook, WhatsApp and Twitter) obtains knowledge by itself, through a writing or an electronically signed email from the affected person, or upon notification by the government of any illegal content posted on its site, it is obligated to remove such content and failing to do so will cause it to lose its immunity from being sued:

(3) The [immunity] provisions of sub-section (1) shall not apply if—
(a) The intermediary has conspired or abetted or aided or induced, whether by threats or promise or otherwise in the commission of the unlawful act:
(b) Upon receiving actual knowledge, or on being notified by the appropriate Government or its agency that any information, data or communication link residing in or connected to a computer resource controlled by the intermediary is being used to commit the unlawful act, the intermediary fails to expeditiously remove or disable access to that material on that resource without vitiating the evidence in any manner.

The Intermediary Rules stipulate that an intermediary has thirty-six hours to remove the content. The Supreme Court of India has held, however, that intermediaries could be held liable for “failing to comply with legal requests sent by government agencies or . . . a court order.”

The intermediary will not be held liable if he or she “chooses not to act in response to a private takedown notice – i.e., a complaint sent by an individual or other non-governmental entity.”

In 2018, a Calling Attention Motion on the misuse of social media platforms and the spreading of disinformation was admitted in the Rajya Sabha. The then Minister of Electronics and Information Technology responded to the motion on July 26, 2018, and “made a detailed statement where he inter alia conveyed to the House the resolve of the Government to strengthen the legal framework and make the social media platforms accountable under the law.”

Subsequently, the Ministry prepared the draft Information Technology (Intermediary Guidelines (Amendment) Rules 2018 which would amend the rules notified in 2011. Under the draft rules intermediaries would be required to proactively monitor and filter unlawful content and provide for the traceability of users.

Additions are made to Rule 3(2) so intermediaries are required to inform their users against hosting any material that may also threaten critical information infrastructure, public health or safety.

In the draft, the old Rule 3(4) (receiving actual knowledge from affected person/containing the thirty-six-hour rule) would be removed and a new Rule 3(4) would be added mandating that intermediaries send a monthly notification to their users reminding them of the consequences of noncompliance with the provisions of the rules and regulations, user agreement, and privacy policy.

Rule 3(8) and Rule 3(9) of the Draft Rules would require an intermediary, upon receiving actual knowledge in the form of a court order or on being notified by the government, to remove or disable access to material that may be lawfully restricted under article 19(2) of the Indian Constitution within twenty-four hours.

Material subject to such restriction includes that which adversely impacts the interests of the sovereignty and integrity of India, the security of the nation, friendly relations with other countries, public order, or decency and morality, or that which constitutes contempt of court, defamation or incitement to an offense, on a computer resource.

The intermediary must “deploy technology based automated tools or appropriate mechanisms, with appropriate controls, for proactively identifying and removing or disabling public access to unlawful information or content.”

The WSJ article goes on to say that Prime Minister Narendra Modi’s government has already shown it is willing to shut out popular social-media platforms, last year banning TikTok, which had a far larger user base than Twitter amid tension with China.

In June 2020, the Indian government banned video app TikTok and 58 other Chinese apps. The Ministry of Electronics and Information Technology, while imposing a ban had stated that the apps were “prejudicial to sovereignty and integrity of India, defence of India, security of state and public order.”

The government had given these apps a chance to explain their position on compliance with privacy and security requirements. Chinese apps are very much controlled by the Chinese army, and such concerns were flagged off by Indian intelligence agencies.

According to them, these apps end up extracting a huge amount of data from Indian users and send it to servers outside the country. Since the Indian government’s action was in the backdrop of China's unprovoked aggression against India on the Line of Actual Control, it was logical for New Delhi to plug all loopholes that impact the national security. Therefore, the Wall Street Journal should have avoided establishing a similarity between the government’s action to ban Chinese apps with its asking Twitter, WhatApp and Facebook to delete or hide accounts, which are said to have encouraged violence or spread misinformation.

The Wall Street Journal quotes one Jason Pielmeier, policy director of the Global Network Initiative, a group focused on online human rights and privacy as comparing the Indian government’s demands on privacy and data access from social media platforms with those the Chinese government made before major internet platforms withdrew from the country.

Such a comparison is absolutely mendacious and reeks of a prejudiced mindset. The Wall Street Journal should have avoided stooping so low in degrading India and its democratic ethos. It should not have forgotten that being the largest democracy of the world, India is as much concerned about its security as other countries of the world. Foreign tech companies can’t decide whether action taken by the Indian government on the law and order front is right or wrong.

These companies have out-and-out business propositions in their mind, but the government has its focus on maintenance of peace and social harmony; it will put in place its administrative machinery to thwart any move to disturb any societal cohesiveness. Therefore, the US daily should see things objectively on the issue of the Indian government’s demand from social media platforms to follow the country’s rules and regulations while operating their businesses.

There is no ulterior motive in the Indian government’s demand from US-based tech firms to remove contents that threaten social fabric or larger law and order interests of the society.