India to be the third largest economy by 2031: Report The demographic dividend, growing financial maturity, and the emergence of mass markets work in India's favour

India is likely to emerge as the world’s third largest economy in 2031, suggests a recent report by BofA Securities, and should touch Japan's nominal GDP (in USD) that year.

“We have conservatively taken a lower 9 per cent growth and pushed back by three years to 2031/FY32. Our projection of 6 per cent real growth is actually below the 6.5 percent average since 2014 and our estimated 7 per cent potential. 5 percent inflation (from 6 percent earlier) corroborates to recent threshold inflation estimates. Finally, we have reduced average annual depreciation to 2 per cent from 3 per cent with the Reserve Bank of India (RBI) re-achieving adequacy of FX reserves,” wrote Indranil Sen Gupta, India Economist at BofA Securities in a co-authored note with Aastha Gudwani.

The demographic dividend, growing financial maturity, and the emergence of mass markets work in favour of India, they said. There are two further catalysts that support structural change.

The RBI has effectively re-achieved adequacy of forex reserves after almost eight years, which should help stabilize the rupee by de-risking the Indian economy from global shocks.

“Further, sustained RBI easing is finally bringing down real lending rates that have been a drag on growth since 2016," the researchers noted. The financial sector should be the primary beneficiary of the India growth story, they said.

With stronger FX reserves, large currency depreciations during global shocks, like 2011, 2013, and 2018, should be a thing of the past as INR has already outperformed during the Covid-19 shock.

The duo welcomed the formation of a development bank, National Bank for Financing Infrastructure and Development (NaBFID), which was announced in Union Budget 2021.

However, the report noted rising oil prices that can stoke inflation are a cause for concern and pose a risk to the projections.

Besides rising commodity prices, especially crude oil, rising Covid-19 cases across the country, analysts say, are another risk that can dent the fragile economic recovery in the short-to-medium term. The impact, however, will be less severe as compared to one on account of the full-scale lockdown in 2020. 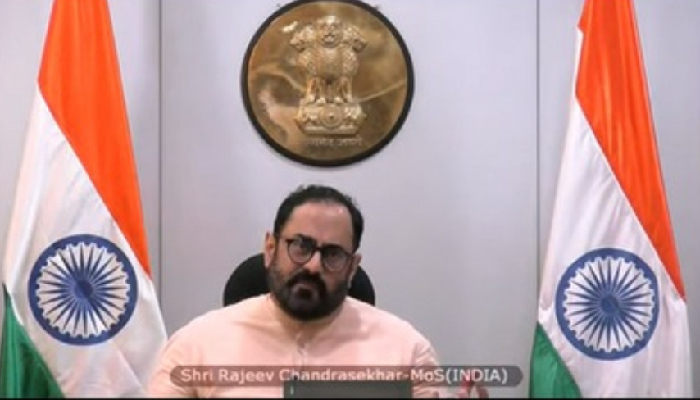 India was in a position to move at a rate much faster than any other country, he said

Affordable telecom services will lead to digital transformation to the next level, he said