The dam site for the Ratle hydroelectric project. (Source: PIB)

NHPC limited, India’s premier hydropower company under Ministry of Power has formed a joint venture company (JVC) for the implementation of the 850 MW Ratle Hydroelectric Project on the Chenab river in the Union Territory of Jammu and Kashmir.

The JVC has been incorporated on June 1 with NHPC and Jammu & Kashmir State Power Development Corporation Ltd (JKSPDC) holding equity share of 51% and 49% respectively, said a statement of the Union Ministry of Power.

Ratle Hydoelectric Project (850 MW), is a Run of River Scheme located on River Chenab in the Kishtwar district Jammu and Kashmir.

The Ministry of Power has already conveyed investment sanction for construction of 850 MW Ratle HE Project at an estimated cost of Rs. 5281.94 crore (at November 2018 price level).

Subsequently, the Promoters Agreement was signed on in April leading to the incorporation of Ratle Hydroelectric Power Corporation Limited.

A tripartite Memorandum of Understanding (MoU) was signed in February 2019 amongst JKSPDC, NHPC and erstwhile Government of Jammu & Kashmir in the presence of Prime Minister Narendra Modi.

Further, a supplementary MoU for implementation of Ratle hydroelectric project was signed in January at Jammu, in the presence of Minister of State Power and New & Renewable Energy R.K. Singh and Union Minister of State, Ministry of Development of North Eastern Region, Dr. Jitendra Singh.

The project will reduce pollution and improve the water quality

The hospital has 125 ICU beds and Liquid Medical Oxygen tanks 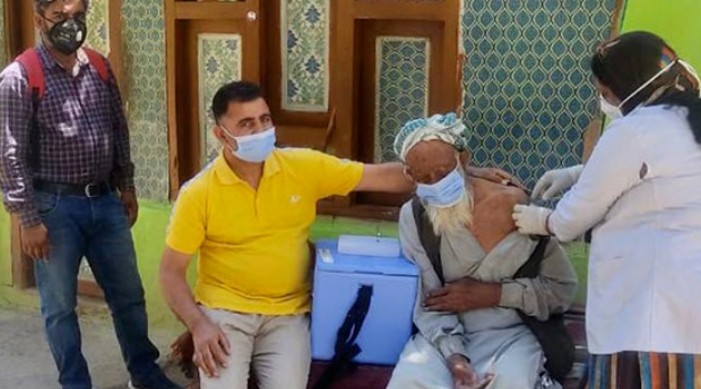 Jammu & Kashmir has 5,57,041 fully vaccinated people who have received both their shots