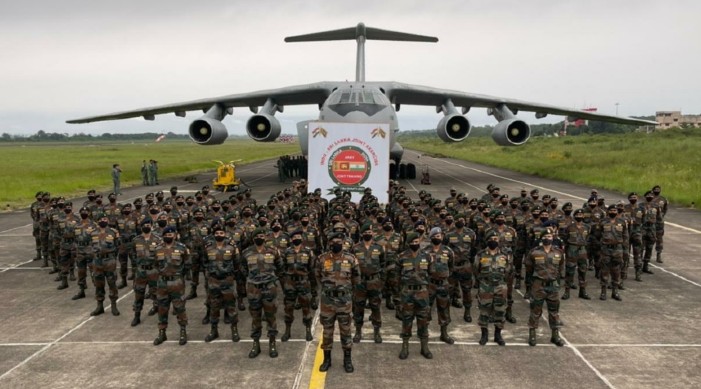 The Indian Army contingent for the bilateral exercise.

The 8th Edition of the India-Sri Lanka bilateral joint Exercise Mitra Shakti will be conducted at Combat Training School, Ampara in Sri Lanka from 4 to 15 October.

An all-arms contingent of 120 personnel of the Indian Army will participate in the exercise along with a battalion of the Sri Lankan Army, said a statement from the Ministry of Defence.

The aim of the exercise is to promote close relations between the Armies of both countries and enhance inter-operability and sharing of best practices in counter insurgency and counter terrorism operations.

The exercise will involve tactical level operations at sub unit level in an international Counter Insurgency and Counter Terrorism environment.

It will go a long way in further strengthening the relationship between both the South Asian Nations and will act as a catalyst in bringing synergy and cooperation at grass root level between both Armies, the defence ministry said.