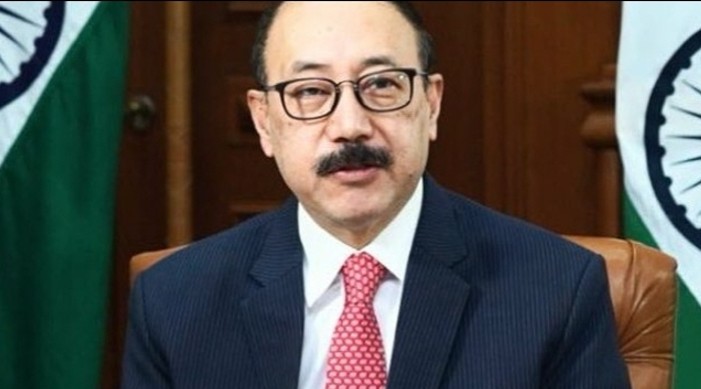 Foreign Secretary Harsh Vardhan Shringla has embarked on his maiden state visit to Sri Lanka from October 2-5. His visit will emphasize on the two nations ‘intertwined destinies’ and the primacy given to neighbourhood is reflected in New Delhi’s ‘Neighbourhood First policy’.

Speaking at a seminar in March, Foreign Secretary Shringla had said India’s destiny was inextricably linked with its neighbourhood. He had argued that the neighbourhood remains New Delhi's primary diplomatic arena and was first and foremost amongst its foreign policy priorities.

Thus, the Foreign Secretary’s four-day visit to Sri Lanka must be seen from the perspective of New Delhi’s ‘Neighbourhood first’.

High-level contacts between the two countries have been maintained and indeed strengthened during the past year and the virtual bilateral summit between the prime ministers of both sides PM Modi and Sri Lankan Prime Minister Mahinda Rajapaksa was a high watermark for the bilateral relationship in 2020.

During the bilateral summit, both leaders had discussed business cooperation and the progress of the projects in Sri Lanka financed by India.

They had also acknowledged the increasing convergence on regional and international issues of mutual engagement, including within the frameworks of SAARC, BIMSTEC, IORA, and the United Nations system.

Jaishankar had remarked that India-Sri Lanka partnership has been further strengthened by the Covid-19 pandemic.

External Affairs Minister Jaishankar had said that in line with ‘Neighbourhood First,’ India has supported the island country’s efforts to tackle the deadly virus through ‘medical assistance’.

Continuing to stand by its partner in times of need, India sent medical oxygen supplies to Sri Lanka to help it combat the Covid-19 pandemic.

In May, keeping with the tradition of being a first responder in the region, India had carrying out joint firefighting and pollution control efforts along with Sri Lankan authorities, to stabilise the situation on the MV Xpress Pearl.

He is expected to visit Kandy, Trincomalee and Jaffna during his stay in Sri Lanka.

He is also set to review ongoing bilateral projects in Sri Lanka through India’s overall commitment to the tune of USD 3.5 billion.

Some of the ongoing projects include Walahanduwa Estate in Galle, part of India’s ambitious project to construct 50,000 houses in war affected areas and estate workers in plantation areas with a total allocation of $270 million in grants.

During his visit to the provinces of the island-nation, he is set to inspect the ongoing construction of the Jaffna Cultural Centre which Prime Minister Narendra Modi had dedicated to the people of Sri Lanka in 2017 and other projects in Kandy and Trincomalee.

All in all, the Foreign Secretary Shringla’s visit will lay the groundwork for fast-tracking of bilateral ties including meaningful execution of projects. It will also pave the way for another bilateral summit in the near future, thus taking the political ties to a new zenith.