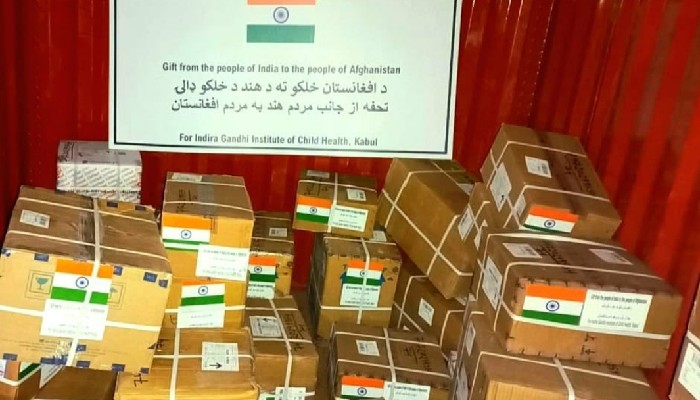 Medical supplies being sent to Kabul.

669 people have now been evacuated from Afghanistan

Ten Indians and 94 Afghans have been brought to New Delhi in a special flight chartered by the Indian government as part of the ongoing Operation Dev Shakti.

The group, which included members of the Afghan Hindu/Sikh minority community, arrived at New Delhi's IGI Airport on Friday. There were nine children, including three infants.

The minority community members carried with them 2 Swaroops of Guru Granth Sahib and some ancient Hindu manuscripts.

Humanitarian assistance consisting of medical supplies were dispatched on the return flight on Saturday, a press release issued by the Ministry of External Affairs (MEA) said.

A total of 669 people have now been evacuated from Afghanistan under Operation Devi Shakti”.

This comprises 448 Indians and 206 Afghans, which includes members of the Afghan Hindu/Sikh minority community.

The MEA pointed out that 565 people including 438 Indians were evacuated from Afghanistan earlier in August.

"In view of the challenging humanitarian situation in Afghanistan, the Government of India has dispatched humanitarian assistance consisting of medical supplies on the return flight today," the MEA said.

These medicines will be handed over to the representatives of the World Health Organisation (WHO) in Kabul and will be administered at the Indira Gandhi Children Hospital, Kabul.