IAF on cusp of transformation into a highly potent Air Force: Air Chief 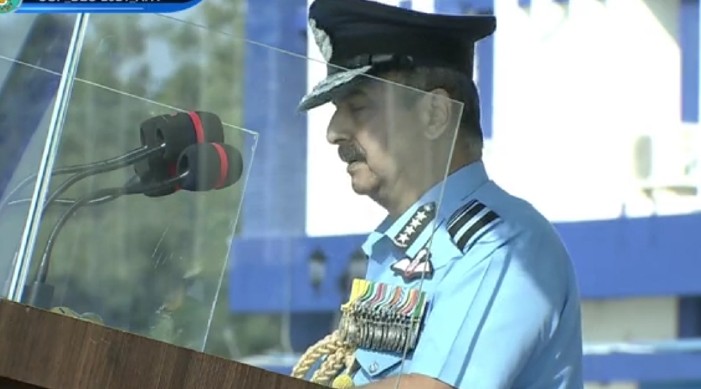 The Indian Air Force (IAF) is on the cusp of transformation into a highly potent Air Force with new inductions like Rafale, Apache, Chinook and a wide variety of surface-to-air guided weapon (SAGW) systems, Air Chief Marshal VR Chaudhari said on Saturday.

According to the Air Chief, the nature of warfare was undergoing fundamental changes. New technology and radically newer doctrines had emerged in the last few years, he noted while addressing the Combined Graduation Parade of the Air Force Academy.

"India’s security dynamics involves multi- faceted threats and challenges. It would require us to build multi-domain capabilities and execute all our operations simultaneously and in shortened timeframes," the Chief of Air Staff said.

Participants in the course underwent an extensive curriculum as part of a rigorous training schedule, designed to prepare them for leadership roles in the profession that they have chosen.

"Your successful passing out is a direct reflection of the skills you have developed and demonstrated while acquiring knowledge. I commend the efforts of all officers and airmen who have guided, mentored and taught you not just the basics of your profession but also imbibed in you the ethos of IAF which is, ‘Mission, Integrity and Excellence’," Air Chief Marshal Chaudhari said.

"The Air Force has big expectations from you as you will be the leaders who will steer the IAF and this country into the future," he added.

The Air Chief also expressed his heartfelt grief and sorrow on the untimely demise of General Bipin Rawat, his wife Madhulika Rawat and 12 armed forces’ personnel on board the ill-fated helicopter on December 8.

"We have chosen to cut down many events that would otherwise have been part of this graduation parade as a mark of respect to the departed souls," he said.