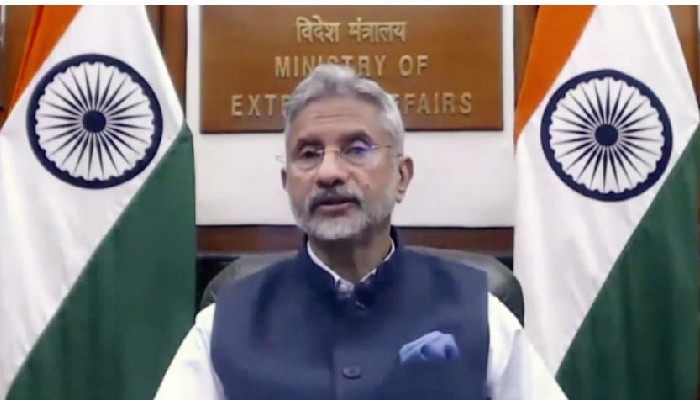 The Ministry responded with agility, speed and scale to the extraordinary challenges of Covid-19, the EAM said

External Affairs Minister S Jaishankar said how the Ministry of External Affairs played its role during the pandemic—by opening a dedicated COVID Cell that worked 24X7 to coordinate with diplomatic missions, multiple stakeholders in India and abroad, in the evacuation of Indians, pushing economic partnership and ensuring supply chains.

“The Ministry responded with agility, with speed and with scale to the extraordinary challenges that it was confronted with,” Jaishankar said in his valedictory address at the eighth edition of Good Governance Day celebrations on Tuesday.

“A de novo unit, the COVID Cell, that worked 24*7 to coordinate our COVID related operations, was created. This was resourced appropriately and coordinated with our diplomatic Missions and multiple stakeholders in India and abroad,” Jaishankar said.

Amongst other things, it worked on the Vande Bharat Mission - the largest logistical mission of its type ever undertaken. It played an equally central role with the Government of India’s Empowered Groups to mount a global procurement operation to source critical medical supplies during both the first and second waves, the EAM said.

“We were also represented on the National Expert Group on Vaccine Administration for COVID-19 and in the Task Force on the COVID-19 vaccines,”Jaishankar added.

With regard to Vande Bharat Mission, he said it was a complex inter-agency process that was unprecedented in its size and complexity.

“The entire population of Indians stranded in hundreds of locations was "mapped” using technology driven applications. They were assigned priorities. Flight schedules and manifests were worked out. The capacity to process arrivals had to be repurposed to pandemic realities. SOPs for handling passengers returning from abroad, including protocols for quarantine etc were generated. Departure processes around the world had to be navigated. These were just some of the challenges that were confronted,” the EAM said.

He informed that the MEA worked closely with other Ministries and Departments and State Governments during this process.

When the world began to unlock, the Ministry worked on next steps-- facilitated Air Bubble arrangements to assist movement of persons.

It has also worked on mutual recognition of vaccine certificates that allows Indians to travel safely and with reduced inconvenience. “As of today we have such understandings with more than a hundred countries,” Jaishankar said.