Pakistan in a fix as deteriorating relations with Taliban-led Afghanistan, hits its own security hard 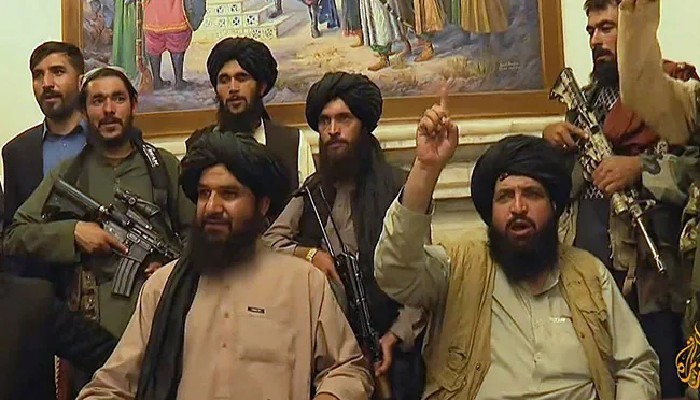 Honeymoon between the Taliban, currently ruling Afghanistan, and its benefactor, Pakistan, is now over. There are reports of clashes between Pakistan troops and the Taliban along the Durand Line, where Pakistan was attempting to construct a fence. Videos emerging from the clashes show the Taliban warning Pakistan forces of dire consequences in case they engage Taliban troops deployed along the border and continue construction.

Already, talks between the TTP and the Pakistan government, brokered by the Taliban, have failed and the one-month truce has ended with increased attacks on Pakistan forces. The Taliban has accused the Pakistan army of backing the Islamic State (ISKP) which is responsible for attacks in different Afghan cities.

These developments stand in sharp contrast to the happiness within the Pakistan leadership when the Taliban occupied Kabul. Pakistan Prime Minister Imran Khan had stated, “Afghans have broken the shackles of slavery.” Pakistan believed it had regained its strategic depth and the Taliban and Haqqani leadership would remain ever grateful to it for its support. For Pakistan, the Taliban victory meant that Indian influence in the landlocked country had ended.

It had claimed that Indian RAW and Afghan NDS were behind terror strikes in Pakistan. However, the situation in Pakistan’s western provinces has only worsened, post the Taliban takeover.

Reality has begun dawning on the Pakistan government that the Pak-Afghan relationship is slowly moving downhill, though Pakistan attempts to project itself as the only nation seeking support for Afghanistan.

The recently concluded OIC (Organization of Islamic Cooperation) summit in Islamabad had just 27 of the 57 members of the group present, when Pakistan shed crocodile tears in support of Afghanistan.

It has, till date, despite a request from the Afghan government, placed riders on movement of food and medical aid from India. Afghanis continue to starve while Pakistan plays games with movement of aid through its territory.

There is standoff between the West and the Taliban as the latter continues to stick with its interpretation of Islamic laws, refuse to grant rights to women and abhor following human rights norms.

Pakistan has failed to convince the Taliban to change its course of governance. On its part, the Taliban, in a released video, claims Pakistan as an un-Islamic state. As things worsen within Afghanistan, problems for Pakistan would increase. Afghans from a landlocked country have no option but to seek refuge in an economically collapsing Pakistan adding to its woes.

The Durand Line, which separates the two countries can never be recognized by a Pashtun led Afghan government, most of whom are products of Pashtun Madrassas in Pakistan.

This line was never accepted by the Taliban 1.0, nor will it be to the Taliban 2.0. Other nations in Kabul’s neighbourhood are also unhappy with the Afghan government. The recent killing of Hazaras and ignoring of Tajiks, Uzbeks and Hazaras in the Taliban-led Afghan government has angered these nations. This may soon give a rise to multiple groups challenging the authority of Kabul. Further anger stems from the fact that it was Pakistan which imposed the current regime in Kabul, ignoring moderates involved in Doha talks.

Amongst all Kabul’s neighbours, it is only Pakistan which is running from pillar to post to obtain legitimacy and support for the Taliban government as Islamabad had made multiple promises to the Taliban, in conjunction with China, when it created the government of its choice in Kabul. These included global recognition, inclusion into the CPEC and BRI, as well as aid from China.

As of now nothing has moved. The US has blocked funds to Afghanistan, while members of the Afghan government continue to remain globally banned and recognition of the country is nowhere. China has refused to invest in a country as it fears its finances may sink. Thus, not a single Pakistan promise is near fructification.

The desperation within Pakistan to fulfill some promises is the reason for it regularly holding international conferences with a single point agenda, ‘recognition of Afghanistan.’ The OIC, despite Pakistan requests, refused to endorse the current Kabul regime. Even Pakistan has not officially recognized Afghanistan, fearing global isolation.

The Humanitarian trust to be established by the OIC would be by March 2022, implying through the winters there would be no aid. The conference ended with no fixed financial support commitment. Further, Pakistan, with a crumbling economy, would provide nothing to the Kabul regime.

That means, the trust between Islamabad and Kabul would deteriorate further in days to come. Increasing instability in Afghanistan would push a greater number of refugees into Pakistan. The control which the Taliban is currently wielding on the TTP would reduce, adding to security problems within Pakistan.

The CPEC would face attacks, irritating China. Opium, which Afghanistan produces in abundance, would be routed through Pakistan, adding to global concerns.

India, like most of the western world, is willing to support the Afghan public with food and medical supplies but is hampered by Pakistan’s twists and turns. At some stage, the Taliban would display their anger and turn against their own beneficiaries for its roadblocks. Ideally, India must maintain its distance from Kabul, letting it push Islamabad. Its offer of aid must remain, and it must regularly inform Kabul of its intent through international organizations letting it pressurize Pakistan.

The South Asian country has begun to realize that supporting terrorist groups to take over a country is easier than pushing for their recognition. Finally, Pakistan will have no one to blame for its deteriorating internal security situation other than its own protégé, the Taliban, as neither the Indian RAW nor the NDS exist on Afghan soil.

*** The author is a security expert; views expressed are his own