Jaishankar speaks to FMs of Australia, Indonesia, Maldives and Bhutan 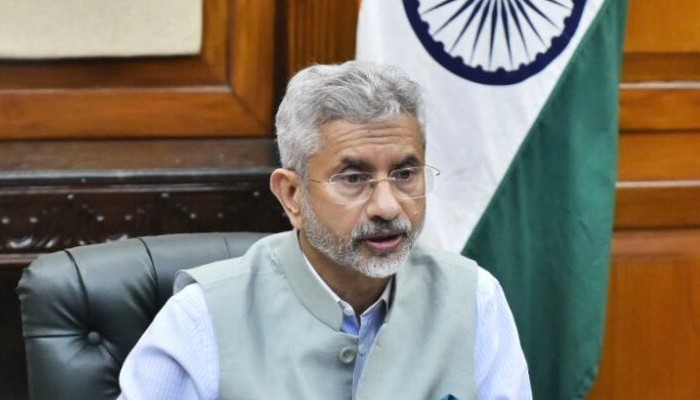 In his conversation with Australian Foreign Minister Marise Payne, Jaishankar exchanged views on greater advancement of ties between the two countries in 2022.

“A New Year call with Australian FM and Quad partner @MarisePayne. Confident that 2022 will see even greater advancement in our ties,” Jaishankar tweeted.

Similarly, he had a detailed conversation with Foreign Minister of Indonesia Retno Lestari Priansari Marsudi on the situation in Myanmar and Afghanistan. Both Ministers also resolved to work closely in the G-20.

“Good talk with FM @Menlu_RI at the beginning of the year. Agreed to take forward our bilateral ties. Exchanged views on Myanmar and Afghanistan. Will work closely in the G-20 troika,” Jaishankar tweeted.

With regard to his telephonic talks with the Maldivian Foreign Minister, EAM Jaishankar said, “Recognised the great progress in bilateral cooperation in my talk with FM Abdulla Shahid.”

He further tweeted: “Its mutual benefits are very visible. Conveyed my New Year’s greetings to the people and Government of Maldives.”

Referring to the talks with Bhutanese Foreign Minister Tandi Dorji, Jaishankar said the unique relationship between the two countries stands even stronger amidst the coronavirus challenge.

“A warm conversation and New Year greetings exchange with @FMBhutan. Assessed the continuing progress in our Development Partnership. Our unique relationship stands even stronger amidst the Corona challenge,” the EAM said in his tweet.

With the Russian FM, EAM Jaishankar’s conversation revolved around the follow up of the India-Russia Annual Summit and maiden two plus two ministerial meeting between the two countries.